How good is 96% test coverage?

It is 10th annual ribosome convention. Best ribosomes from all over the world in the same place. Taken away from their duties and day-to-day business to focus on one and only thing:

Why THE HELL we do not get what was specified after gene translation???

It seems that the final quality of the product is pretty bad. The final thing apears to be a little "hairy". Instead of getting something like this: 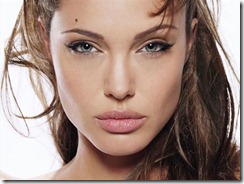 Now the difference is striking, even though, a total average of hair lenght is the same.

On a previous, 9th, congress, one of the seniors ribosomes suggested translation coverage tests before RNA is translated into protein. If the RNA does not pass the test, the protein is not produced. Arbitrarely, the bar was set to 51%, which is the minimal majority. Other candidates: 7, 13, 21 (black jack) 69, did not make it.

This means that RNA tha arrives to ribosome have to be checked for at least 51% of its rate BEFORE the translation is done.

It is plausable to think that 51% coverage will enable us to tell between "desired" and "acquired". "We need more quality!", thought ribosomes.

However, one year later things look much less optimistic. Ribosomes has come to a sad realization - 51% is not enough. RNA coverage did not help!!! Shimps keep on being produced. Moreover, some crazy ribos reached as high as 85% covrage, but still received:

Ribosomes are stuck. Discussions continued until a talk given by some academic-somes. Apparently the above two spieces share 96% of DNA code!!!!

Now this must be wrong. The differences are too large!!!

The answer is simple: there is a huuuuuuuge difference between micro and macro. On a micro level the difference is almost not-recognizable: 4%. It cannot be caught and mapped out by 51% RNA coverage.

On a macro level the difference is huge. Not because the micro parts are different, but because they interact differently one with another.

This means that RNA-level testing and coverage have a very limited payoff. The path to a better final product goes thought a better understanding of the global scope and how things work, much more than in lower testing.

This knowledge is hard to measure and does not seem to bring benefits right away. However, until then we get it - same same, but different...